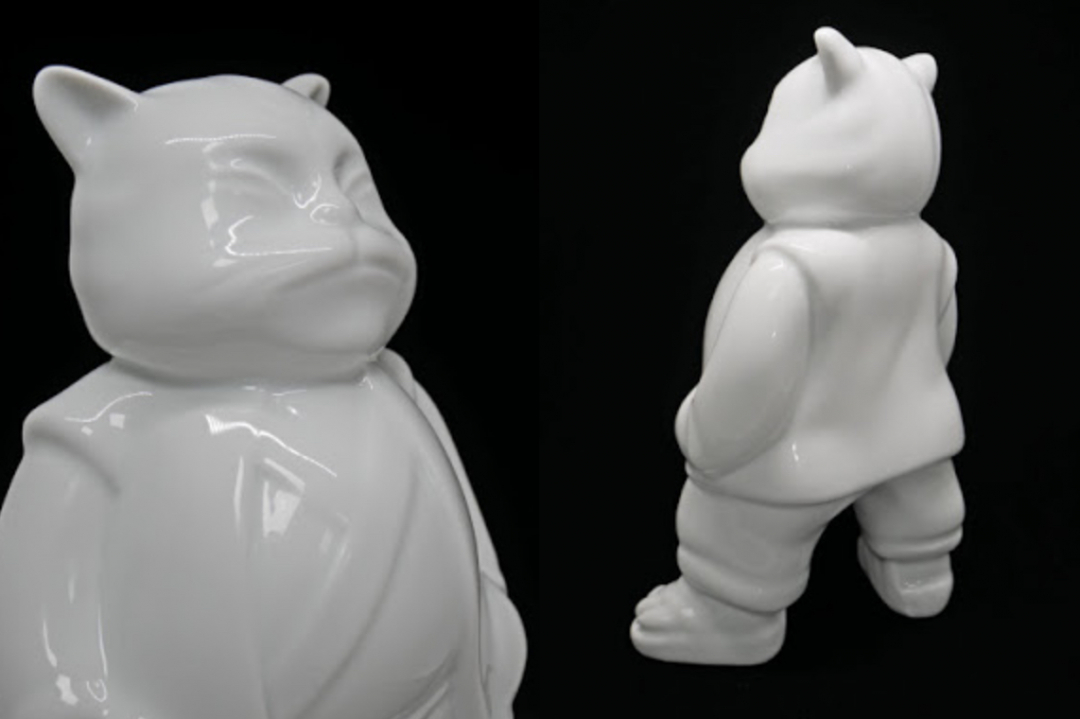 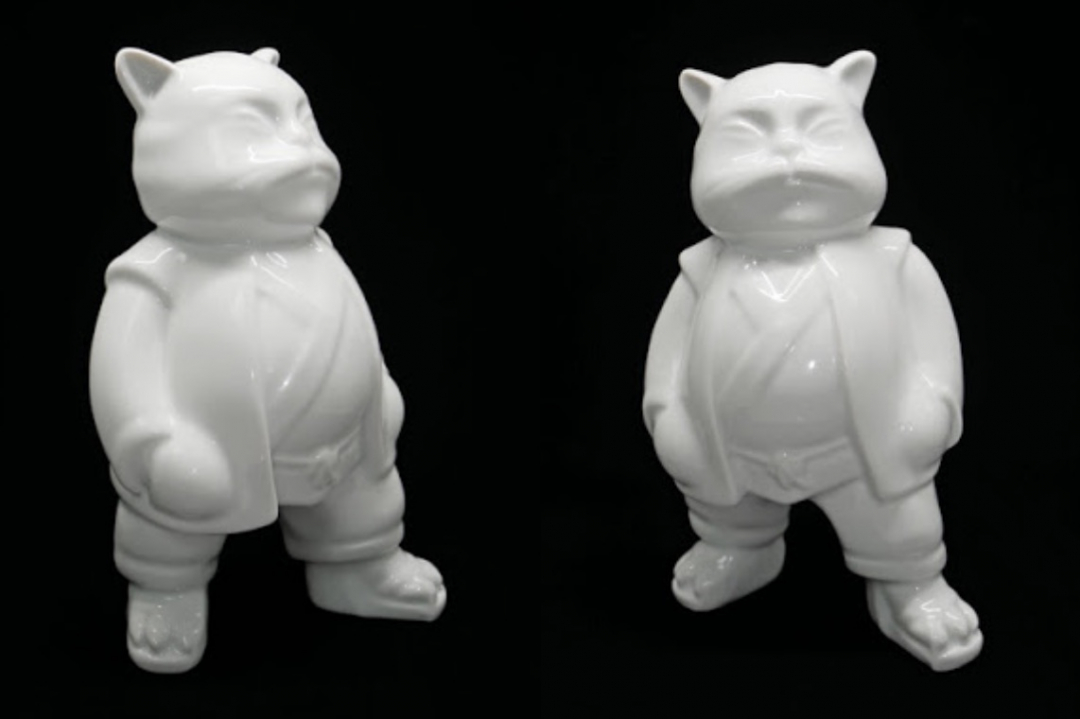 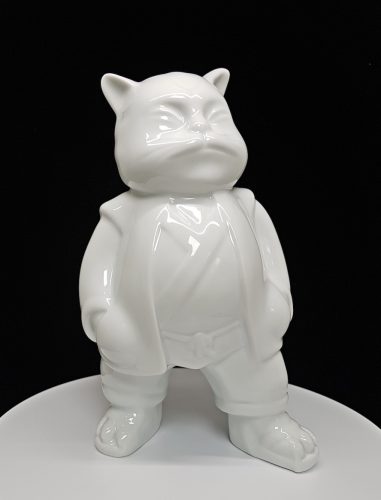 Made in Limoges, France, this extra white porcelain collectible is sized 21 x 12 x 10 cm, and comes delivered in a wooden case.

The use of this classic ceramic material accentuates the traditional aspect of Ando’s sculptures. Returning to this implementation of fine china, Ando has partnered with established producer K.Olin tribu for an extra white rendition of his UrbanCat creation, the roughly 8¼-inch tall form produced in an edition of 20 signed and numbered pieces. With the skewed stance of UrbanCat relaying relaxed modernity and its garb being ageless Japanese attire, this allows the Limoges porcelain itself to impart the classicism inherent in Ando’s work, forging an undeniable unity between the past, present, and imaginatively possible future.