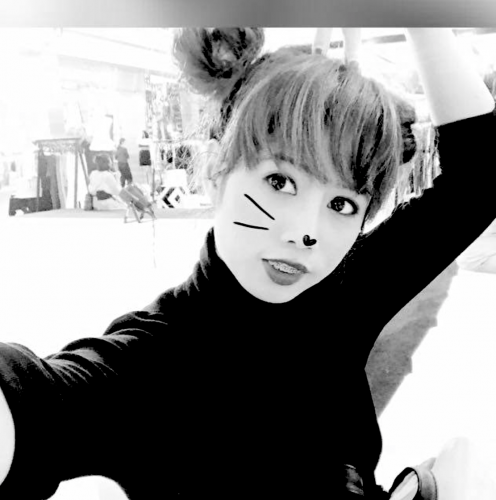 Representing beautiful female manga characters, Japanese painter Aya Toshikawa, also known as Lady Kawai, has integrated the animation into the world of fine arts. Her artistic language relies on hand drawings and her work produced for the manga magazines leaves that impression, although she uses the oil on canvas technique. Toshikawa succeeded in converting her talent for animation into the world of fine art, creating an international name and recognizable artworks. With babyface characters, Lolita manga and lascivious girls, her provocative subjects seduce the viewer’s imagination.
Manga in Oil
Born in Kobe, Japan, after graduating, Toshikawa began her career in the industry of toys and games. Working as an animator, she designed packages, posters and skateboards. That was the basic for her further work which includes oil paintings representing cartoonish female characters, young girls who are often naked or only in underwear. Her work has been exhibited internationally, in Paris and Amsterdam. Thanks to her Manga theme, it was also not hard to satisfy the taste of the home audience. Very popular both in Japan and in the rest of the world, manga, the Japanese comics, have they own recognizable style. Although each manga artist’s technique is distinct and unique, the common feature is the large eyes and long hear. Toshikawa’s girls have attractive faces and great bodies emphasized with their minimalistic clothes. Seducing the viewer, their long hairs fluttering on the wind and provocative poses invite him to enter into their playful world.
The Animator and The Painter
Introducing the animation in the world of fine arts, Aya Toshikawa showed her talent and revealed creative spirit with no limitations. Beginning with simple animations designed for different boxes, posters and accessories, her style is expanded to complex oil paintings, but keeping the essence and simplicity of manga. Leaving the leadership to the imagination, Toshikawa turns her characters into innocent girls or lascivious women, putting them into the suggestive scenes. Being distinctive in the animation world, this artist remains equally original when it comes to the paintings.