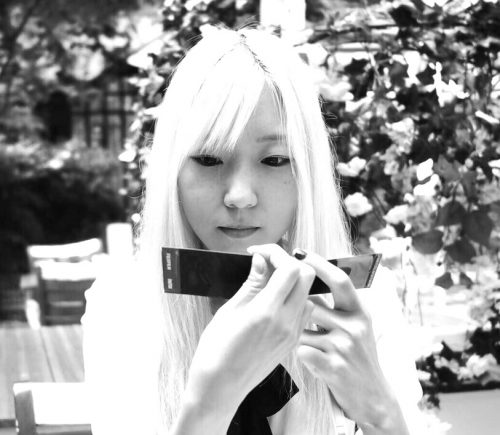 Kumikaho Oshima is a young Japanese artist whose paintings revolve around two chief motifs – Barbies and US Dollars. Japan isn’t really different from the western world when it comes to the plague of consumerism and Oshima’s goal is to illustrate the condition of modern Japanese women. Through her satirical work, Oshima is criticizing the excessive implementation of western trends into Japanese culture and art, as well as the appropriation of western symbols and values. Aesthetically speaking, Oshima’s work belongs to the neo-pop art movement in Japan, whose most famous representative is Takashi Murakami.
Revolution in Manners and Morals
The position of women in Japanese society was very traditional and based on the clear hierarchy for many centuries. Western influence was the main factor which transformed the morals and manners of Japanese women, who began to perceive money as power and material goods not only as a luxury but more as a necessity. Through the strong satire and criticism, Oshima’s work speaks about the revolution of Japanese women’s morals and desires. Barbie dolls are the symbols of physically ideal but superficial modern women while US dollars are playing the role of the ultimate need of these seemingly emancipated modern women. Oshima also introduces the motif of nudity and orgies, perhaps suggesting that anything can be done for money and that selling our own body is not a serious issue anymore.
Limited Colors, Tremendous Energy
Oshima’s work is subtle and her colors limited. She is using subdued earthy and fleshy tones, which give her paintings a certain washed-out feel. However, this subtlety of Oshima’s palette is quite deceiving, because the scenes she depicts possess a strong sensuality and fierce emotions. Oshima is a very meticulous painter and she carefully focuses on the concepts behind her pieces before painting them. She needs a very clear vision to make her creative processes run smooth. Even though Oshima is a painter, she is using some of the photographic techniques in her work, such as avoiding to put the subject in the very center of the frame, which makes her scenes more dramatic and dynamic. Also, she is using a lot of close-ups in order to focus on the bizarre mix of naked body parts of her Barbie dolls and graphic details of US dollars.
New Generation of Japanese Artists
Kumikaho Oshima belongs to the new generation of female Japanese artists who are brave and ambitious in their desire to reach the international audience. She is also the part of the Studio Crazy Noodles, which is specializing in the Japanese neo-pop and erotic representation of female characters engaged in subversive activities. The value of Oshima’s work lies in her strong desire to depict the pressing issue of consumerism and the toll it takes on Japanese women. She has developed quite consistent and recognizable style that already appeals to the international art circles.
Kumikaho Oshima lives and works in Tokyo, Japan.